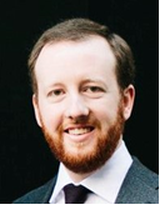 (Alexandria, VA) – The National Hospice and Palliative Care Organizations (NHPCO) and its affiliate group, the Hospice Action Network (HAN) announced that after an extensive search for the ideal candidate, Logan Hoover has stepped into the role of Vice President of Policy and Government Relations. In this position, Hoover leads activities related to the development and advancement of the policy and political agenda at NHPCO. He also serves as Executive Director of HAN and Chair of the group’s Political Action Committee.

Hoover previously served as Director of Legislative Affairs for NHPCO and interim Executive Director of HAN. Prior to joining the organization, he served as Legislative Director for former Congressman Tom Reed (NY-23). Congressman Reed was a senior member of the House Ways and Means Committee and a Congressional leader on hospice legislation, including the bipartisan Palliative Care and Hospice Education and Training Act (PCHETA) Act and Helping Our Senior Population in Comfort Environments (HOSPICE) Act.

“We are thrilled to have Logan lead NHPCO’s and HAN’s government relations work for all legislative issues impacting the hospice and palliative care communities. His team plays a crucial role in ensuring we are representing our members’ interests and needs to policy decision makers to ensure the best care for patients and families facing end-of-life care,” said Ben Marcantonio, interim CEO of NHPCO and HAN.

“I am looking forward to continuing to work with healthcare leaders and members of Congress to make inroads on improving access and ensuring high-quality care for all Americans facing a life-limiting illness. Our team’s goals include expanding an ongoing and influential presence on Capitol Hill, mobilizing a growing national network of Hospice Advocates, and facilitating an interactive community that connects the public with advocacy efforts for hospice and palliative care,” said Hoover.

Originally from Long Island, New York, Hoover graduated from The George Washington University and earned a Bachelor of Arts in political science and a Master of Professional Studies in political management. He lives in Alexandria with his wife, Taylor, and their treeing walker coonhound, Chewy.

This is the text area to add more information about this section. Those interested in serving on one of our Board Committees or Advisory Councils should click thru to the committee or council page of interest, linked below, and review the expectations for participation before submitting an application.